Cardi B to donate proceeds from coronavirus song

Olympics 2020: What happens if the Tokyo Games don’t go ahead?

‘When They See Us’ creators sued for defamation by former prosecutor

Coronavirus: Which countries have travel bans?

‘Beauty and the Beast’ prequel series could be coming to Disney+

What exactly is International Women’s Day?

Pottery is one of the few crafts of ancient Nigeria that is still being practised in most parts of the country today. It has been described as one of the cheapest arts forms and is heavily dominated by women. Amongst the numerous pottery centres in Nigeria, Dada Pottery of Kwara State is well-known for its artistry in pottery and is regarded as the largest traditional pottery workshop in Nigeria.

Located in the Dada area of Ilorin, Kwara State capital, the workshop showcases one of the traditional occupations of women in Ilorin. Virtually all the females in the area are potters and for more than a century, the women of Dada Okelele have perfected the art of pot making. Their perfectly designed vessels have earned them reputable recognition as the biggest traditional all-female enterprise in Nigeria.

Commonly known as Ebu Dada, this community of female potters occupies about an acre of land and it is the largest concentration of potters in the state. Using their bare hands, these female potters produce earthenware pottery of different sizes and types such as water coolers (aamu), open mouth bowls (ape), soup bowls (isaasun), fryers (agbada), pitchers (oru), traditional money safes/piggybanks (kolo) etc.

The skills are mostly passed down from generation to generation and through pot making, these women have been able to care for their families despite the non-availability of any technology to aid the process.

To produce these pots, the basic techniques of pottery are employed after thoroughly purifying the clay sourced from wells, septic tanks or streams. These techniques include shaping (modelling), moulding, decorating and firing. 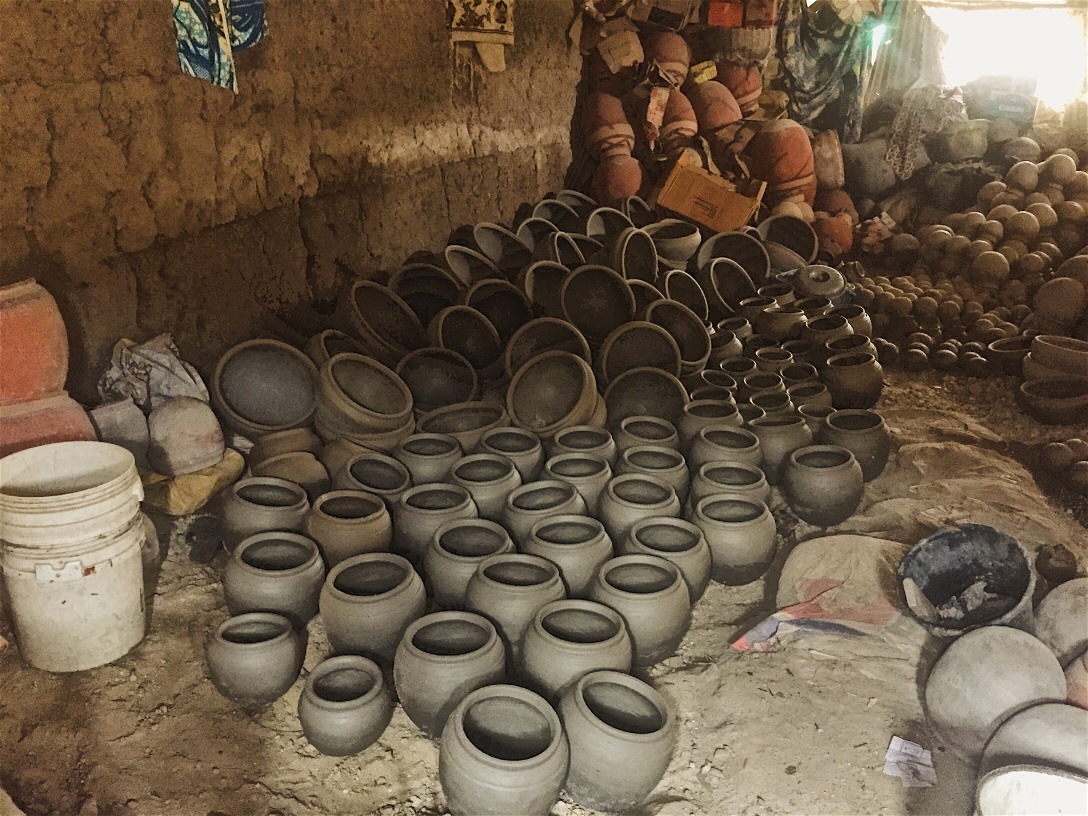 Potteries made here are sold on the spot or exported to other parts of the country and abroad. Dada pottery workshop is open all year round and easily accessible by road.

Cardi B to donate proceeds from coronavirus song

Coronavirus: Which countries have travel bans?

The evolution of the Nigerian movie industry