Miyan Taushe: The Pumpkin Soup for Your Favorite Swallow

Six Nigerian Actors Defining the Next Era of Hollywood

The Wonder of Ikogosi Warm Springs

Can you recall that unforgettable childhood game you enjoyed playing? the very affordable one you never needed to pester mum and dad to buy you because you only needed a biro or pencil, a few sheets of paper and a friend to play with.

Remember the “Tic Tac Toe” game fondly called the Xs and Os? When was the last time you actually played with a friend? Ever wondered where it originated from?

To recall, the  Xs and Os game which according to British English is called noughts and crosses and was later renamed by the United States as “tic-tac-toe” in the 20th century is a paper-and-pencil game for two players, X and O, who follow in sequence to mark the spaces in a 3×3 grid. The player who without interference places three of their marks ( X or O) in a diagonal, horizontal, or vertical row is declared the winner.

The Game played on a three-in-a-row board is dated back to ancient Egypt around 1300 BCE where traces of the game boards were discovered on their roofing tiles.

Also, an ancient form of the tic-tac-toe was discovered in the first century BC among the Roman Empire. At the time it was called terni lapilli, meaning three pebbles whereby each player had just three pebbles and had to move them around to empty spaces to keep playing. The game’s grid markings are still chalked all over Rome till this present day.

The year 1884 gave rise to the first print citation of the Xs and Os game. At that time, children played the game on a slate with their eyes closed. The players try to bring the pencil down on one of the numbers of a set until the number hit being scored. 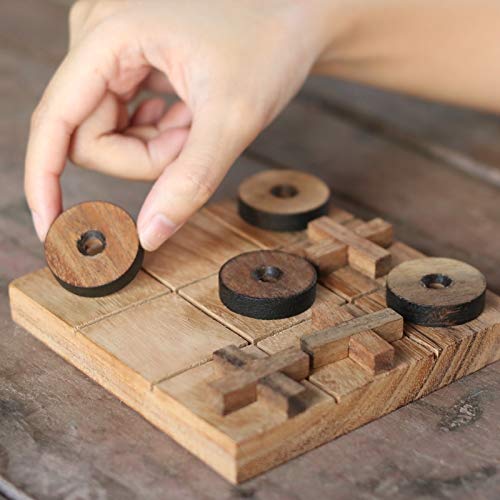 Pitching it’s reformed come back in the ’90s, British computer scientist Alexander S. Douglas from the University of Cambridge made video games out of the Xs and Os game. It was actually one of the first known video games in history which enabled players to play against human opponents.

There’s more to playing the game than the mere movement of the letters X and O. Since the origin of the Xs and Os game and its evolvement, its benefit has been evident in several ways to children who play often. Studies have shown that children who play have the game among several other benefits have improved eye coordination, better social interaction, think logically and great development of self.

Six Nigerian Actors Defining the Next Era of Hollywood